Estimator
Save the search
Create an email alert 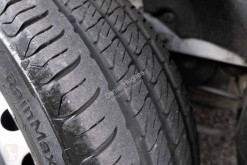 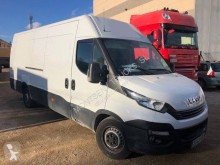 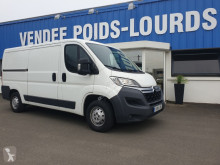 A box van, or delivery van, is the most widespread type of van. Box vans have a GVWR of less than 3.5 tonnes.

Mainly used for freight transport on short distances and often in cities (deliveries, parcel service), a box van can have a deep cab to transport several people. It is sometimes equipped with an insulated bodywork and a loading tailgate very useful during moves. Road enthusiasts often buy used vans and rearrange them as a camper van.

Box vans are offered in two versions : front-wheel drive or rear-wheel drive. In the front-wheel version, the driving wheels are in the front, therefore the loading volume is more important and the weight is reduced because of the lack of certain transmission elements. In the rear-wheel version, the driving wheels are in the back and, therefore, increase the adhesion. Propulsion vans are better to tow a trailer.

The size of a box van is defined by a denomination such as L2H2, L2 is for the length and H2 for the height. The exact measurements matching these codes change from one manufacturer to the other but are in the same magnitude. The L1H1 box vans are smaller. The L1H2 are higher and the L2H1 have a bigger loading volume. The L2H2 box vans combine a large volume and important height, and the L2H3, which are raised, have a 13m3 loading volume. The L3H2 are 3.7m long on the inside and the L3H3 are the biggest available models ; they are called large volume vans.

Planet-Trucks.com is a classified website of used, new or damaged trucks

A marketplace between buyers and sellers (buy and sell / leasing) from the truck and haulage business.

Planet-Trucks.com is a portal dedicated to truck classified ads and used van (from spare parts to tractor-trailers) : trucks, tractor units, coaches, busses, semi-trailers, trailers used, truck spare parts. Find all the makes of used van and all the bodywork of used van.

Other Websites of the Group: